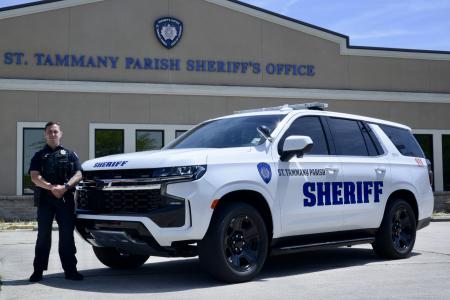 St. Tammany Parish is divided into four patrol districts for purposes of criminal enforcement. Under the districting plan, more ranking and experienced deputies are available in each district per shift.

District commanders are able to set policies which affect the district while still maintaining the Sheriff's strategic vision for the parish. The majority of deputies work in the district in which they reside.  Greater responsibility has been given to supervisors on a district level, effectively de-centralizing the chain of command.

The Patrol Division of the Sheriff's Office consists of approximately 159 deputies.

These deputies provide around the clock service to citizens answering calls and responding to complaints. When not specifically assigned to a call, these deputies spend their time patrolling the community.

The deputies regularly patrol subdivisions and take time to visit with citizens. This allows for positive interaction between citizens and deputies and allows the deputy who works a certain area to hear concerns directly from the citizens who live in the area. 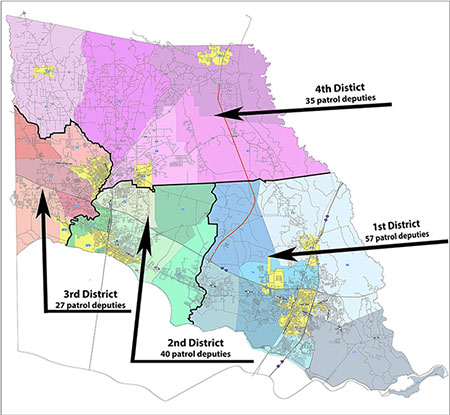 The First District covers from the Orleans Parish line north to Firetower Road in Bush, and from the Mississippi State line west to Highway 434 Traffic Circle in Lacombe.

The Second District covers from Lake Pontchartrain north to Harrison Avenue (Dogpound Road) from the Highway 434 Traffic Circle west to the Tchefuncte River.

The Third District covers from the Tchefuncte River west to the Tangipahoa Parish line.

The Fourth District covers from Bush on Hwy 21 west to the Tangipahoa Parish line and from Harrison Avenue (Dogpound Road) north to the Washington Parish line. It also  includes the Town of Abita Springs, which does not have its own municipal police force.