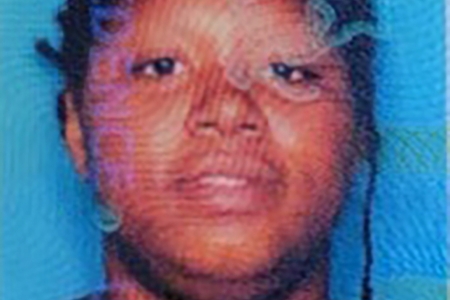 The St. Tammany Parish Sherriff’s Office is seeking the public’s help in locating a woman wanted in connection with a murder that occurred last weekend in the Slidell area.

Sunday afternoon, deputies with the St. Tammany Parish Sheriff's Office responded to the 200 block of Brownswitch Road in Slidell, regarding a male who had been shot.  The subject was transported to a local hospital, and ultimately succumbed to his injuries and died.

During the investigation, detectives learned the victim's girlfriend, Victoria Gabrielle Taylor (DOB 6/9/1994), was responsible for the shooting.

An autopsy was performed by the St. Tammany Parish Coroner's Office on Tuesday, (March 9), at which time the victim's death was ruled a homicide.

Taylor told detectives she shot the victim in self-defense during a physical altercation; however, evidence obtained through the course of the investigation proved that claim to be false.

Subsequently, detectives have secured a warrant for Taylor's arrest for one count of L.R.S. 14:30.1 Second Degree Murder.

Anyone who has information on the whereabouts of Taylor is urged to contact the St. Tammany Parish Sheriff's Office at (985) 898-2338 or Crimestoppers at (504) 822-1111. You can remain anonymous and may be eligible for a cash reward through Crimestoppers.

Taylor is believed to be staying in the Greater New Orleans area. She is described as a black female, 5 foot, 3 inches, tall and weighing approximately 155 pounds.