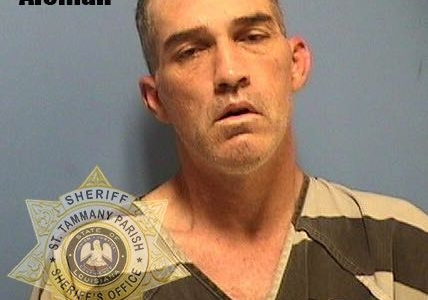 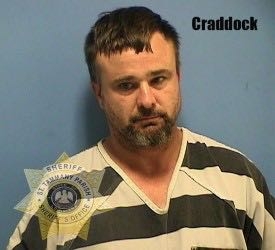 Two Pearl River-area men have been arrested after detectives with the St. Tammany Parish Sheriff’s Property Crimes Division uncovered they have been stealing catalytic converters off of vehicles in St. Tammany Parish and surrounding areas and selling them at a scrap yard in Mississippi.

Catalytic converters were reported stolen off vehicles at a parish parking lot in Pearl River, at a retirement home in Slidell, at a car dealership in Covington, at storage facilities in Mandeville and Pearl River and off state-owned equipment that was park at a construction site in Covington.

While investigating these crimes, STPSO detectives learned that since the beginning of this year, Garic Aleman (DOB 7/2/1970) and Averice Craddock (DOB 12/31/1978) have sold more than 325 catalytic converters at a scrap yard in Gulfport, Miss. Those catalytic converters had a total scrap value of just under $49,000, but detectives pointed out the street value of them is extraordinarily higher.

Aleman and Craddock sold the catalytic converters to the scrap yard under a family member’s business name by using forged documentation, circumventing the required reporting practices in an attempt to thwart law enforcement.

However, this is an ongoing investigation, and detectives believe there maybe additional thefts that occurred in St. Tammany Parish that have not yet been reported. Additional charges and arrests are expected.

In addition, many of the catalytic converters were stolen outside of the St. Tammany Parish Sheriff’s Office jurisdiction, and detectives are currently working with their counterparts with the local municipalities and surrounding agencies as multiple agencies have open cases and/or charges pending against Aleman and Craddock.

The St. Tammany Parish Sheriff’s Office has seen a rise in catalytic converter thefts throughout the parish in the last year. Many victims have reported seeing debris located under their vehicles (bolts, metal shavings, pieces of rust, etc.). This is the result of the part being cut off of their vehicles. Catalytic converters are extremely expensive to replace for the victim. Full size pickup trucks, RVs, vans and heavy equipment are targets for thieves.

“I am very pleased with all involved in making these arrests,” Sheriff Randy Smith said,” and I would encourage all residents to be vigilant by parking their vehicles in well-lit secure locations, checking on vehicles they may have in storage and calling 911 if they notice anything suspicious.”

Anyone with information about these crimes or believe they may be a victim, is asked to contact the St. Tammany Parish Sheriff’s Office at (985)898-2338.