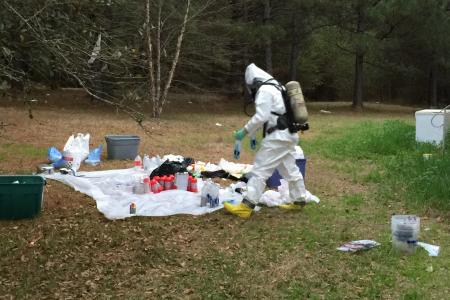 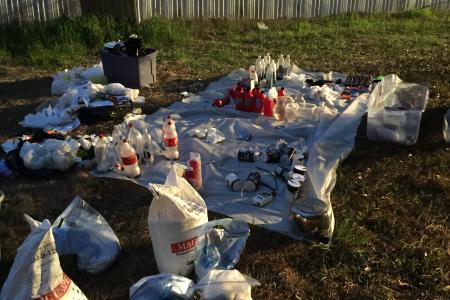 The Narcotics Task Force began its investigation in January after receiving several complaints that Bell and Perry were manufacturing methamphetamine at Perry’s residence on Perry Road in the Lee Road community.

On March 18, 2015, members of the Narcotics task Force observed Bell and Perry purchasing the ingredients needed to manufacture the drug. Agents then followed the two men to the residence, where they were found to be in possession of the ingredients as well as a small amount of methamphetamine.

While searching the home, agents located 16 one-pot meth labs and an excessive amount of precursors, including approximately 200 pounds of fertilizer, 12 containers of Coleman fuel, 11 empty boxes of pseudoephedrine, drain cleaners and coffee filters.