Christopher Lozier Jr.  (DOB 6-7-92) of Carriere, Miss., turned himself in to the St. Tammany Parish Sheriff’s Office today (October 1). He admitted to being the driver of the 2012 gray Nissan Frontier that struck an STPSO unit on Sept. 28 while deputies were assisting State Police with a crash on I-59.
Lozier will be booked into the St. Tammany Parish Correctional Center for L.R.S. 14:100 Hit and Run.

“Thank you to all of our social media followers who called in with information and assisted in getting Lozier to turn himself in,” Sheriff Randy Smith said. 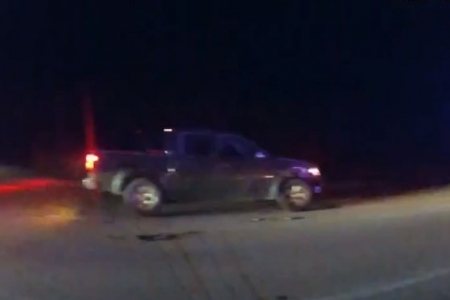 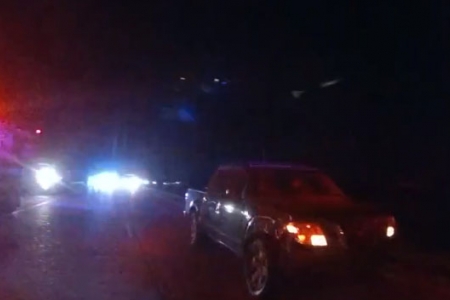 The St. Tammany Parish Sheriff’s Office is asking for the public’s help in identifying the vehicle and driver that hit one of their units.

At approximately 9:30 p.m. Wednesday (September 28), deputies with the St. Tammany Parish Sheriff’s Office Criminal Patrol Division were assisting Louisiana State Police with a fatality crash on I-59 Northbound when a dark colored Nissan Frontier, driven by a white male with a beard and glasses appearing to be in his 20s, sideswiped a fully marked STPSO unit and fled.

Several photos were captured of the vehicle as it passed by deputies on scene. At this time deputies have been unable to obtain a license plate number due to glare from emergency flashing lights.

Damage from the hit and run can be observed on the front passenger side area of the vehicle. An ice chest was observed in the bed of the truck and there appears to be a decal of some sort in the bottom right and left corners of the rear window.

Based on evidence left at the scene it has been determined the vehicle is between a 2005 and 2018 year model.