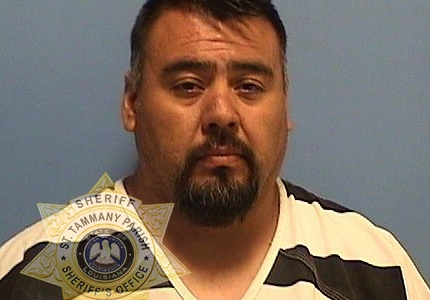 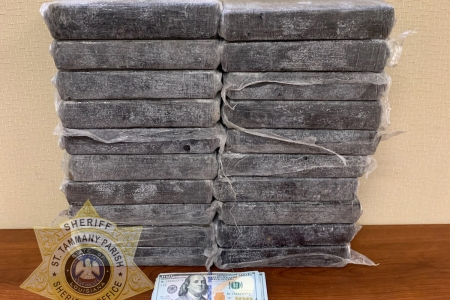 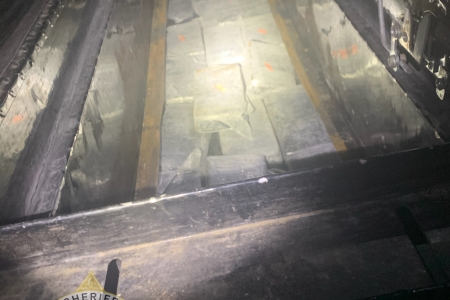 The St. Tammany Parish Sheriff’s Office arrested an Alabama man Thursday night after he was caught trying to transport more than 50 pounds of cocaine through the parish.

Shortly before midnight Thursday (September 24) night a member of the St. Tammany Parish Sheriff’s Highway Enforcement Unit conducted a traffic stop on a 2013 Chevrolet Silverado that was traveling on Interstate 12 near Slidell.

The driver of the vehicle, Fabian De La Cruz Gonzalez (DOB 01-20-1983), granted both verbal and written consent to search the vehicle for illegal possessions.

While searching the vehicle, the deputy located 20 prepackaged bundles of suspected cocaine, yielding an approximate weight of 54.2 pounds. The cocaine was concealed in a hidden compartment, which was built into the bottom of an unlocked tool box in the bed of the truck.  Gonzalez was also found to be in possession of $10,930, which is believed to be proceeds of narcotics transactions.

Gonzalez told the deputy he was traveling from Houston, Texas, and headed to his home in Birmingham, Alabama.

He was placed under arrest and booked into the St. Tammany Parish Jail on the following charges:
L.R.S. 32:79 Improper Lane Use
L.R.S. 32:52 No Driver’s License
L.R.S. 40:967AC Possession with Intent to Distribute a Schedule II CDS (54.2 pounds of Cocaine)
L.R.S. 40:1041 Transactions Involving Proceeds from Drug Offenses

The narcotics, currency and the vehicle were seized.

“I created the Highway Enforcement Unit in 2017 in response to the large amount of drugs and firearms that were passing through our parish on our interstates and highways,” Sheriff Randy Smith said. “This is an example of one of many successful stops made that has results in a large quantity of drugs being seized before they could make it into our community.”