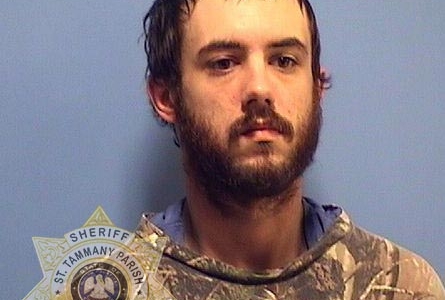 A late night traffic stop near Madisonville resulted in the arrest of an Albany man and the recovery of a stolen pickup truck.

Shortly after 11:00 p.m. Tuesday night (Feb. 19), a St. Tammany Parish Sheriff’s deputy, who was patrolling in the area of Louisiana Highway 22 near Madisonville, conducted a traffic stop on a white Dodge Ram 1500.

The vehicle had been reported stolen out of Livingston Parish.

A firearm and drug paraphernalia were located inside the vehicle.

The driver, Corey Rodgers (DOB 5/9/1993) of Albany, was placed under arrest and booked in to the St. Tammany Parish Jail on the following charges:

Rodgers was also booked as a fugitive out of Tangipahoa Parish, where he was wanted for burglary/unauthorized entry.