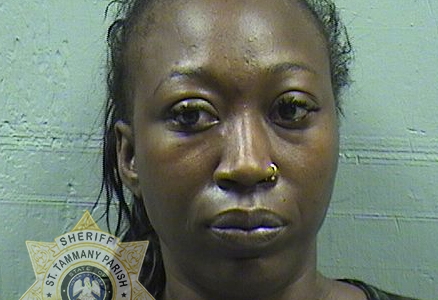 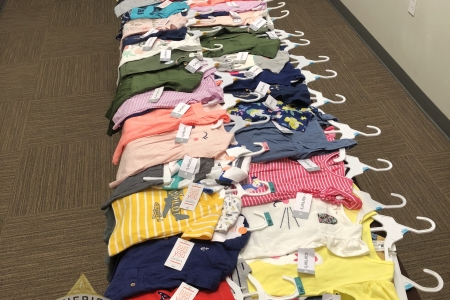 On July 10, a member of the St. Tammany Parish Sheriff’s Highway Enforcement Unit conducted a traffic stop after a vehicle was observed speeding on Interstate 12.

The driver initially provided the deputy with a fake name, but was ultimately identified as Shabrelle Deanne Gay (DOB 1/31/1989) of Oklahoma City, OK.

Gay was arrested and booked into the St. Tammany Parish Jail for speeding, driving under suspension and resisting arrest; however, things did not end there for Gay.

While on the traffic stop, the deputy observed several items of children’s clothing inside Gay’s vehicle. All of the clothing still contained the original price tags and appeared to be brand new, prompting the deputy to contact members of the St. Tammany Parish Sheriff’s Property Crimes Division to inquire about any open shoplifting cases.

Detectives with Property Crimes were, in fact, investigating a shoplifting case where a female subject had entered a Covington-area business on July 9 and fled with several hundred dollars’ worth of children’s clothing

Detectives met with the deputy and took possession of the clothing and were able to connect Gay to the July 9 shoplifting incident, after reviewing surveillance video. They also linked Gay to a second shoplifting case that occurred at a nearby store on the same day.

“Without proactive policing, these crimes may have gone unsolved,” Sheriff Randy Smith said. “I applaud the initiative and the extra step taken by the Highway Enforcement Unit to contact detectives after observing what ultimately turned out to be stolen merchandise."