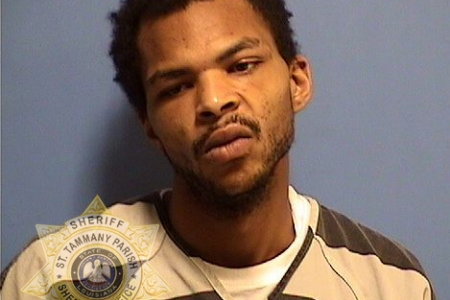 Christopher Bridges (DOB 10/18/1996) of Slidell was arrested Wednesday (July 15) by the U.S. Marshal’s Fugitive Apprehension Task Force in connection with the shooting incident that occurred Saturday (July 11) at his residence in the 100 block of Westminster Drive near Slidell.

Bridges was booked into the St. Tammany Parish Jail on the following charges:

Detectives learned the victim was involved in an altercation with members of Bridges’ family when the shooting occurred. The victim in the case is expected to make a full recovery.

“I praise our investigators and the members of the U.S. Marshal’s Task Force for the work they did in locating and arresting this dangerous individual,” Sheriff Randy Smith said.

The St. Tammany Parish Sheriff’s Office is currently working a shooting, which occurred this afternoon in the Huntwyck subdivision area near Slidell.

Responding deputies learned a female had been shot at a residence in the 100 block of Westminster Drive and had been transported to a Slidell-area hospital via private vehicle prior to deputies’ arrival. The victim, who was in critical condition, was further transported to a Southshore hospital.

This is an ongoing investigation and additional information will be provided as it becomes available.