“I am extremely pleased with the hard work and dedication of all of our employees who have contributed to another year of successful crime fighting,” Sheriff Randy Smith said. “This is a testament to the agency as a whole’s determination to keep St. Tammany Parish safe and hold criminals accountable for their actions.”

The agency has seen a decrease in non-violent crimes. Sheriff Smith said is in large part to the success of the agency’s many social media’s campaigns focused on educating the public on the need to lock their vehicle doors and secure their valuables.

“Keeping crime rates down is a partnership between law enforcement and the community we serve,” Sheriff Smith said, “and we are blessed to live and serve in an area that respects, appreciates and works with law enforcement.”

While the reported violent crimes, which include murder, rape, robbery, assault and battery, saw a slight increase in 2020 over 2019 in unincorporated St. Tammany, Sheriff Smith said this is part of a national trend partially attributed to Covid-19, which led to an increase in domestic violence and narcotics-related crimes. 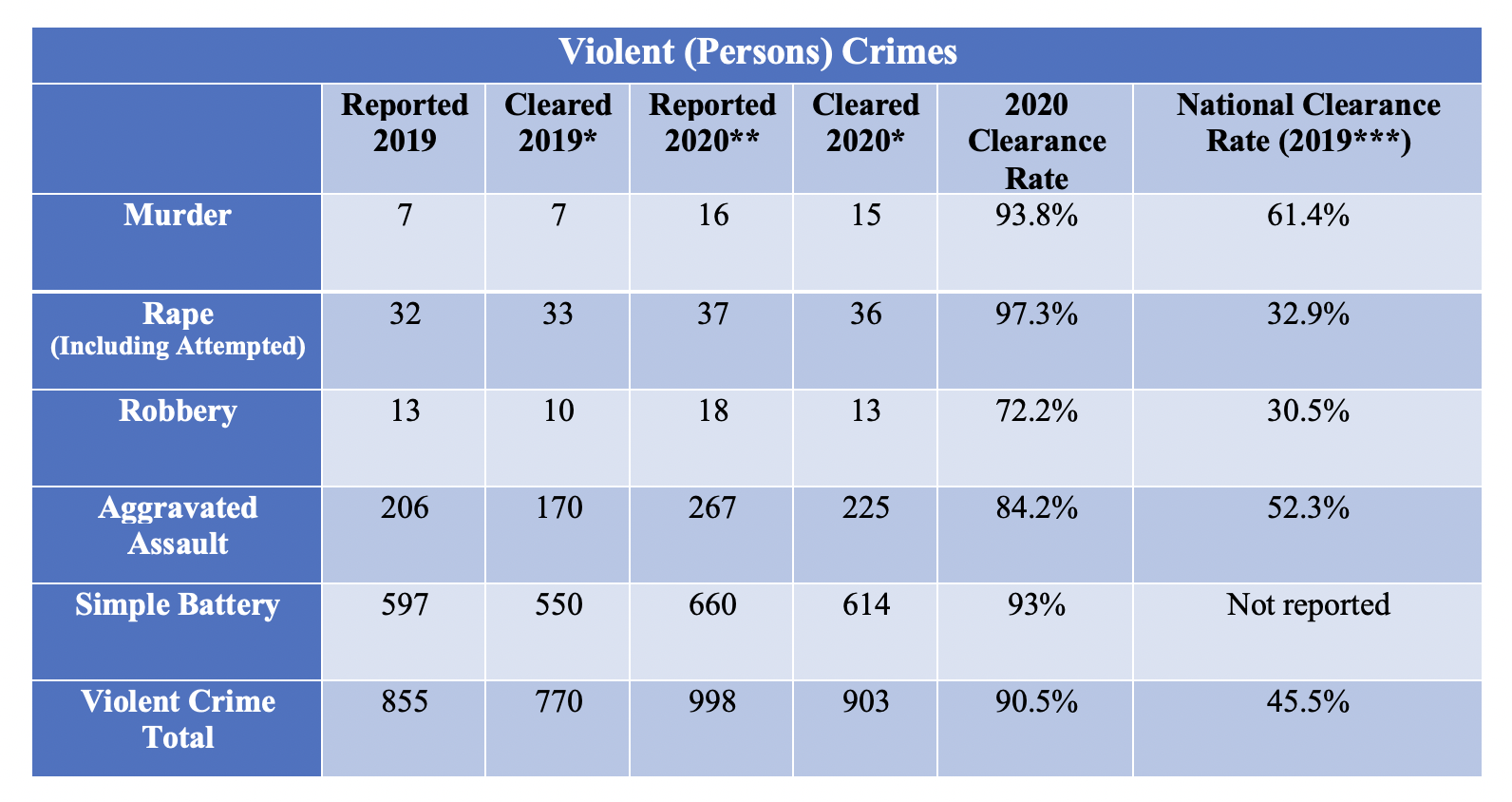 He asks that anyone with information about crimes occurring in our parish, to submit a tip through the St. Tammany Parish Sheriff’s Office website (www.STPSO.com), by calling the narcotics tip line (1-888-GO-2-JAIL), or by calling Crimestoppers. You can remain anonymous and may be eligible for a cash reward through Crimestoppers.

*Clearances may include offenses originally reported in previous years.

**For the sake of transparency, it must be noted that UCR reported numbers may vary from actual crime numbers.

***Latest period for which FBI data is available.