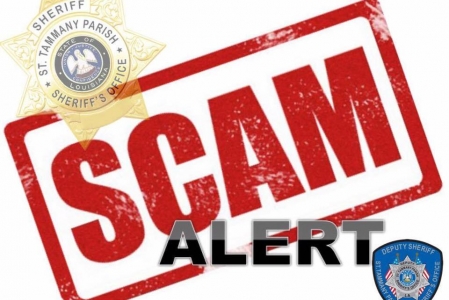 Sheriff Randy Smith said Thursday (February 11) that his agency has received several reports about a caller telling people they face arrest because they missed jury duty. The caller tells people they can avoid arrest and begin the process of clearing the warrant, if they pay a fine. This is a scam.

On at least one occasion, the caller purported to be with law enforcement and gave a name and rank.  Often times, the phone numbers being utilized are actual telephone numbers which have been manipulated or spoofed to appear legitimate.

The Sheriff's Office is not making these calls nor does it make phone calls to collect fines or clear open warrants. Sheriff Smith advises anyone who receives such a call to treat it as a scam and to hang up, without providing any personal or confidential information to the caller.