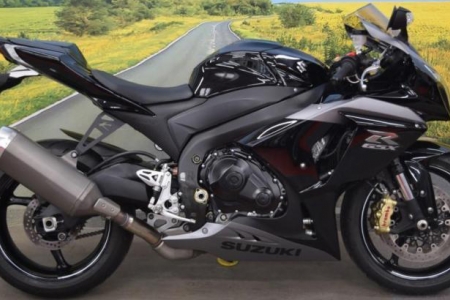 The St. Tammany Parish Sheriff’s Office is asking for the public’s help in locating an armed robbery suspect and stolen motorcycle.

The motorcycle resembles the one pictured here (photo used for reference only). It was bearing LA license plate MC634441 and was last seen traveling west on I-10 toward New Orleans.

While one of the suspects left the gas station on the stolen motorcycle, the second fled in a yellow Chevrolet Camaro. The Camaro was located on the interstate by responding deputies, and after a brief pursuit, the vehicle was stopped. Its driver, a 15-year-old juvenile from New Orleans, was taken into custody without incident. The Camaro, which was reported stolen, had been used in another armed robbery Sunday (June 10) in Houston, Texas.

The juvenile was booked into the Florida Parishes Juvenile Detention Center on the following charges:

Anyone with information about this crime is asked to call Detective Marco Lopez at (985) 726-7826 or Crimestoppers at 504-822-1111. You can remain anonymous and may be eligible for a cash reward through Crimestoppers.