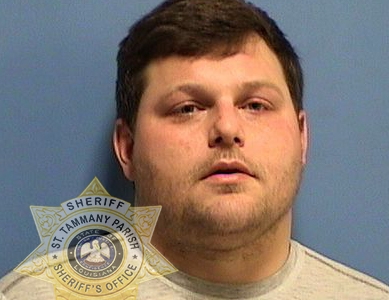 In the early morning hours of Saturday (Dec. 7), the St. Tammany Parish Sheriff’s Office was notified that an individual, later identified as Joel Evans Cairns (DOB 6/19/1988), wished to surrender himself to deputies in reference to the hit and run crash being actively investigated by the STPSO.
Cairns, a Mandeville-area resident, was taken into custody without incident and later booked into the St. Tammany Parish Jail on the following charges:
2 Counts of L.R.S. 14:100 (Felony Hit And Run)
1 Count of L.R.S. 32:58 (Careless Operation)
1 Count of L.R.S. 32: 415 (Driving Under Suspension)


The investigation remains ongoing and no additional information is available at this time.

The St. Tammany Parish Sheriff’s Office is currently investigating a hit and run crash involving two juveniles on a bicycle.

Shortly after 5:30pm Friday Dec. 6) STPSO deputies were dispatched to the area of Beau Chene Drive and Oak Drive, in the Beau Chene subdivision in Mandeville in reference to a crash involving an SUV and bicycle travelling with two (2) juveniles.

The vehicle struck the juveniles who were riding together on a single bicycle.  A 13-year-old female and a 6-year -old male were transported to a local-area hospital.  The 13-year-old sustained non-life threatening injuries and the 6-year-old was airlifted to a Southshore hospital in critical condition.

STPSO deputies are canvassing the area in an effort to locate the SUV and its driver.  The vehicle has been described as a dark-colored SUV being operated by a young white male.  Evidence recovered from the scene indicates the SUV sustained damage to the front passenger side and possibly the front bumper.