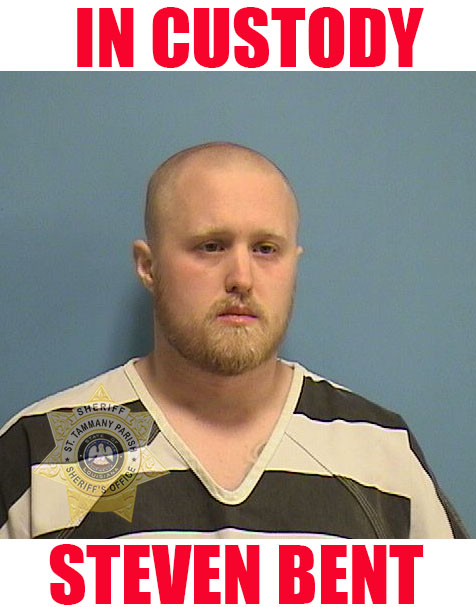 The St. Tammany Parish Sheriff’s Office has arrested a Folsom-area man in connection with a murder that occurred Thursday (June 10) evening.

Shortly after 7 p.m. Thursday, STPSO deputies were dispatched to the 1300 block of Valley Court near Folsom in reference to a reported shooting. Upon arrival, deputies located an adult male suffering from a fatal shotgun wound to the chest.

The deceased was identified by the St. Tammany Parish Coroner’s Office as 55-year-old Darren Husak of Franklinton

Husak had shown up at the residence of his ex-sister-in-law and was repeatedly asked to leave. The homeowner called her son, 30-year-old Steven Bent, who confronted Husak and ultimately shot him

Bent was arrested and subsequently booked into the St. Tammany Parish Jail on one count of Second-Degree Murder.

The St. Tammany Parish Sheriff’s Office is investigating a fatal shooting which occurred Thursday evening in the 1300 block of Valley Court, near Folsom, LA. The incident has claimed the life of an adult male. The investigation is in its preliminary stages and updated information will be provided as it becomes available.