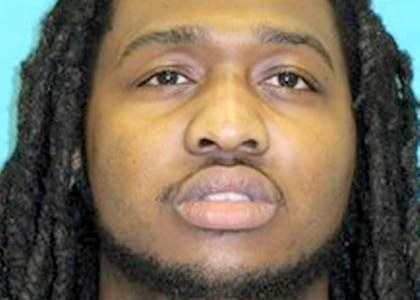 UPDATE:
The subsequent investigation into the shooting incident has resulted in arrest warrants being issued through the Twenty Second Judicial Court for Jules Johnson (5/20/1989) of Slidell.  Johnson is wanted on active warrants for LRS 14:30.1 (Second Degree Murder) and 14:95.1 (Possession of a Firearm by a Convicted Felon).

Johnson should be considered armed and dangerous.  Anyone with information on the whereabouts of Jules Johnson is asked to call the STPSO at (985)898-2338 or contact Detective Crabtree at (985)726-7839.

The St. Tammany Parish Sheriff’s Office is investigating an apparent homicide following an incident that occurred at a Slidell-area business early Sunday  morning (May 19).

Shortly before 1:30 a.m. Sunday, STPSO deputies were dispatched to a business located off of Salmen Street near Slidell in reference to a shooting.

Upon arriving at the scene, deputies located one victim with what appeared to be a gunshot wound to the head. The victim was transported to a local hospital, where he was pronounced dead.

STPSO Investigators are actively conducting interviews of witnesses and gathering information in an effort to identify and apprehend the perpetrator.

Identity of the victim and cause and manner of death will be released from the St. Tammany Parish Coroner’s Office.

No additional information will be released at this time.