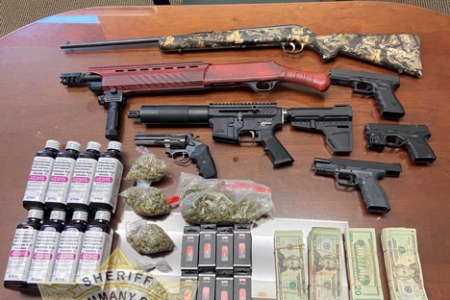 St. Tammany Parish Sheriff’s detectives located a cache of drugs and firearms while assisting members of the US Marshals, who were searching for a missing juvenile at a Slidell-residence Friday (April 9) morning.

Detectives with the St. Tammany Parish Sheriff’s Office Investigations Division, along with members of the US Marshals Service, went to a residence on Preachers Oak Lane in Slidell early Friday morning in an attempt to locate Robby Ray, a 16-year-old reported missing out of Clarksville, Tennessee. Ray was believed to be staying at the residence.

Upon arriving at the home, members of law enforcement made contact with the resident, Kolby Warren (DOB 9/9/1999) and explained they were looking for Ray. While there, detectives noticed multiple firearms and narcotics lying in plain view.

Detectives secured a search warrant for the home and subsequently seized $17,586 and seven firearms, one of which had been reported stolen.  Detectives also seized approximately 201 grams of marijuana, eight bottles of promethazine hydrochloride with codeine, 42 THC pods, oxycodone and various drug paraphernalia.

Pursuant to the investigation, Warren was arrested and booked into the St. Tammany Parish Jail on the following charges: 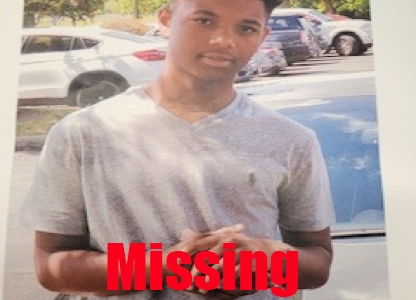 Members of law enforcement were unable to locate the missing juvenile, Robby Ray at the address, and he is still currently listed as missing.  Ray is 16years old, from Clarksville, Tennessee; and is approximately 5’10”.  If anyone has any information on the whereabouts of Robby Ray, they are asked to contact the St. Tammany Parish Sheriff’s Office by calling (985) 898-2338.