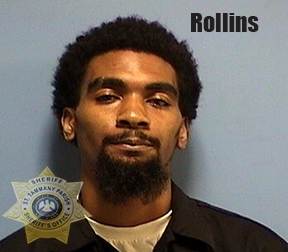 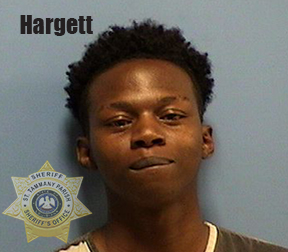 Two men have been booked into the Tammany Parish Jail on murder charges after it was discovered a man who was brought to a Mississippi hospital with multiple gunshot wounds, earlier this month, was shot during an incident that occurred in the Slidell area.

At that time, Hargett, told responding law enforcement the shooting occurred when the two were involved in an incident in Gulfport, MS.

On March 5, detectives with Gulfport Police Department contacted the St. Tammany Parish Sheriff’s Office after their investigation lead them to the Slidell area.

While working jointly with Gulfport Police Department, St. Tammany detectives discovered Henry had accompanied Hargett to a residence in the 4200 block of Ash Drive in Slidell during the early morning hours of March 1 with the intent of robbing Trequan Rollins. When Rollins observed the men parked near his residence, the men attempted to flee but Rollins followed them. As the two vehicles proceeded through Slidell, gunfire was exchanged, and Henry was fatally struck.

On March 12, a warrant was issued for the arrest of Lamar Hargett (DOB 4/4/1993) of Bay St. Louis, MS, for L.R.S.14:30.1 Second Degree Murder. He was picked up and booked into the Harrison County Jail as a fugitive on March 12. He was transferred to the St. Tammany Parish Jail on March 13.

Trequan Rollins (DOB 12/14/1993) of Slidell was booked into the St. Tammany Parish Jail on March 12 on unrelated charges.

On March 23, a warrant was issued for his arrest in connection with the murder and he was rebooked on the following charges:

The investigation remains open/active and no additional information is available at this time.