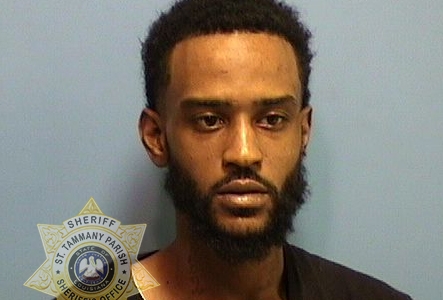 A Slidell man was arrested over the holiday weekend after he robbed another man at gunpoint at an apartment on Browns Village Road.

The victim flagged down a St. Tammany Parish Sheriff’s deputy shortly after 5 p.m. Friday, Dec. 21 to report that he had just been robbed.  He told the deputy he had had made arrangements to meet up with an acquaintance at an apartment off Browns Village Road earlier that evening.

Wilson then armed himself with a handgun and followed the victim outside, where he fired the handgun in the direction of the victim’s vehicle as he drove away. The victim was uninjured during the encounter.

STPSO detectives obtained a warrant for Wilson’s arrest and he was taken into custody on Saturday, Dec. 22.

He was booked in to the St. Tammany Parish Jail on the following charges: