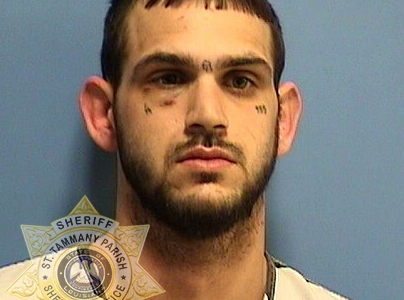 The St. Tammany Parish Sheriff’s Office has arrested a Slidell man after he shot another man during a scuffle Thursday (December 19) afternoon.

Shortly before 1 p.m. Thursday, an individual was dropped off at residence on Jay Street near Slidell.  That man and the homeowner, John Couvilier (DOB 1/14/1992), got into an altercation and Couvilier produced a gun. While the two men were fighting over the weapon, the victim, a 26-year-old man, was shot.

He was transported to a local-area hospital, where he was treated for a non-life threatening gunshot wound, and was released.

A warrant was issued for the Couvilier’s arrest in connection with the incident, and he was booked into the St. Tammany Parish Jail on the following charges: