Slidell Man Arrested After Altercation with Woman on Trace 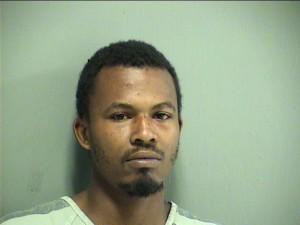 A Slidell man was arrested this afternoon after St. Tammany Sheriff’s deputies responded to a report of a woman being attacked while walking on the St. Tammany Trace near Lonesome Rd.

At approximately 3:30 this afternoon, a 19 year old Mandeville woman was walking on the Trace between the Koop Drive trailhead and Lonesome Rd., when a male subject who was unknown to her grabbed her around the neck.  A bicycle rider on the Trace happened across the incident and scared off the assailant.  The rider called 911 and stayed with the woman until deputies arrived.

As one deputy responded to the woman’s location and rendered aid to her, other deputies fanned out in an attempt to locate the man.  K-9 deputies, along with others from the Sheriff’s patrol and operations divisions, searched the surrounding area.  A K-9 deputy located the man hiding next to a nearby neighborhood clubhouse pool.  He was taken into custody without incident.