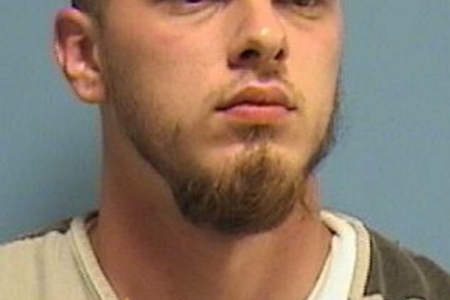 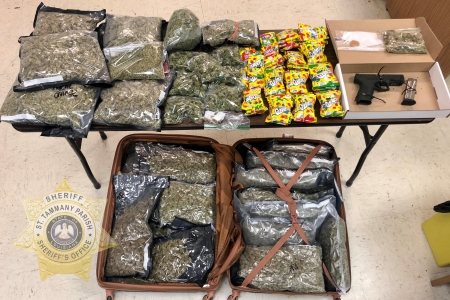 A Slidell-area man was arrested this week after narcotics were located at his residence.

Detectives with the St. Tammany Parish Sheriff’s Narcotics Division began investigating on March 31, after learning of suspected illegal narcotics distribution by Benjamin Davis (DOB 8/25/1995) at a residence in the 100 block of Southpark Drive of Slidell.

With assistance from the Slidell Police Department, detectives concluded their investigation on April 7 with the execution of a search warrant at the residence. However, as detectives were arriving, Davis fled on foot through the backdoor of the residence and was able to avoid apprehension.

Detectives obtained warrants for the arrest of Davis for the following charges:

On Monday (April 12) Davis turned himself to the St. Tammany Parish Jail, and he was booked for the above listed charges.

“Keeping illegal drugs out of our neighborhoods is a cooperative effort between law enforcement and our residents,” Sheriff Randy Smith said. “If you suspect someone is selling drugs in our community, please report it, we will investigate.”

Sheriff Smith is asking anyone with information about narcotics, or other crimes, to submit a tip utilizing the St. Tammany Parish Sheriff’s Office website (www.STPSO.com), or by calling the narcotics tip line (1-888-GO-2-JAIL).