Shop With a Cop event a huge success 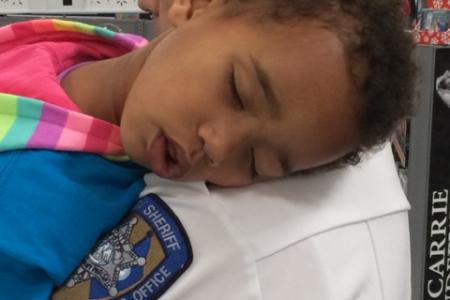 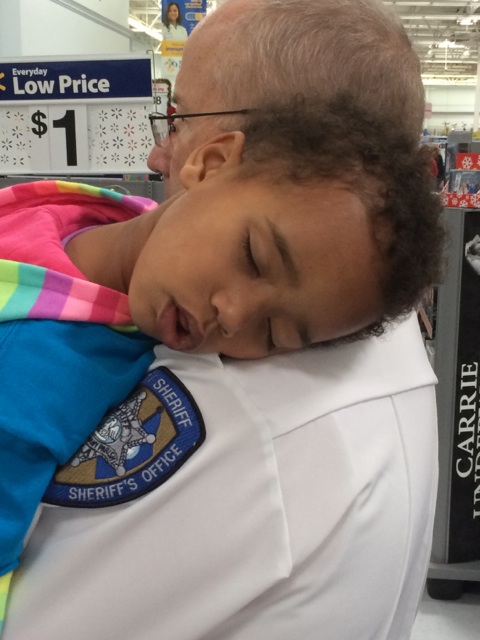 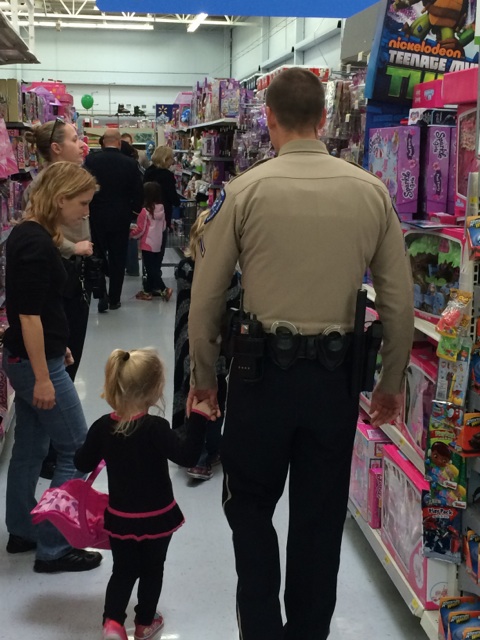 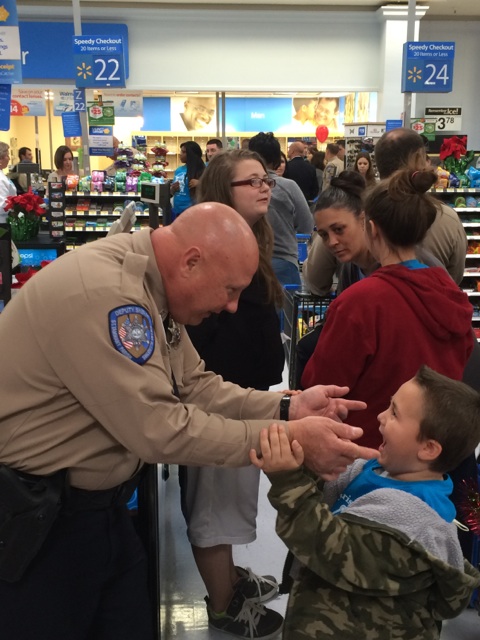 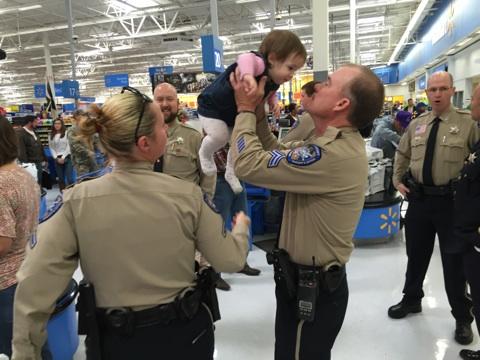 The St. Tammany Parish Sheriff’s Office held its first “Shop With a Cop” event in Slidell Saturday.  The smiles, laughter and joyful tears seen throughout the day were a very good indication that it certainly won’t be the last.

The event was a tremendous success, and plans are already underway to make it an annual tradition.

After participation by another organization fell through, the St. Tammany Parish Sheriff's Office stepped in at the last minute to secure funding and see that a group of local children did not go without gifts this holiday season.

Sheriff's Office employees committed to sponsoring approximately 65 children. The children were all referred to the Sheriff's office by the Youth Service Bureau.

“Words cannot express what this meant to these children and our employees,” Sheriff Jack Strain said. “Our employees stepped up to the plate like nothing I've ever seen.”

The day began with deputies volunteering their time to serve breakfast to the kids at the Sheriff's Administrative Building in Slidell.  Santa and his elves were on hand, along with a few Sheriff's office K-9's decked out in holiday gear.  And because no Christmas in Louisiana is complete without a baby alligator, there was one of those too!  The deputies and the families mingled and visited, while the kids filled their bellies and eagerly awaited what was next.

After the breakfast, each child was given $100 for a shopping spree at a local store.  The children were allowed to purchase gifts for themselves or for family members.  No one was expecting the reaction the kids would have when they got to the store.

“As they arrived, you could see excitement in the children’s eyes and an unspoken thankfulness on the parents’ faces,” said Sgt. Jeremy Church, one of the event’s organizers.

Wal-Mart employees decorated special shopping carts for the kids.  A uniformed Sheriff's deputy was personally assigned to each child and accompanied them while he or she shopped. As the event unfolded, everyone involved began to notice that this was much more than a typical attempt to help others during the holidays.

Members of the public began to notice what was happening.  Some approached our employees, wanting to donate to the effort on the spot.  Deputies dipped into their own pockets to make up the difference when their assigned child’s wishes exceeded the $100 shopping limit.  Some deputies simply held children who fell asleep during all the excitement.  Others reached down to lift up kids with outstretched arms and smiles from ear to ear.

When their shopping spree was complete, checkout was a breeze, thanks to five Wal-Mart employees who donated their day off to open a special lane for the kids.  As they were leaving, each child was given a gift bag with Christmas candy, also prepared by Wal-Mart employees.

When the event was over, one thing was sure to the members of our agency: no matter what happens in the rest of the world Thursday, Christmas in St. Tammany definitely came early this year.

The St. Tammany Deputy Sheriff's Association, members of the local business community, the Covington Criminal Defense Bar Association and employees from the Sheriff’s office and District Attorney’s office donated the funding to make this event possible.  Additionally, the deputies donated their time on Saturday for the breakfast and the shopping spree.

The Youth Service Bureau provides advocacy, counseling, education and intervention for at-risk youth and their families. The St. Tammany Parish Sheriff's Office wanted to ensure that these children, who range age from infant to 17 years old, enjoy a special Christmas this year with lots of love and attention.

Sunrise on Second, the Creole Bagelry, Not Just Donuts and Chick-Fil-A donated food for the breakfast.