Sheriff Smith wants to warn the public about a Scam 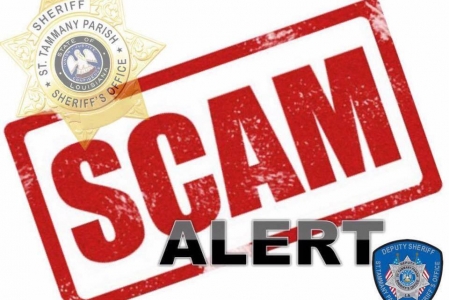 Unknown person(s) are contacting local residents via telephone and threatening them into sending money in lieu of being arrested. Often, the unknown perpetrators portray themselves to be with a local police agency, and have even impersonated members of the St. Tammany Parish Sheriff’s Office.

To make matters worse, a Spoof App is often used, making it appear the phone call is coming from an actual law enforcement agency, when actuality the call is coming from somewhere else, usually overseas. The individuals will then request the victim send money via a Green Dot Card, which can be purchased at local pharmacies or convenience stores. A recent victim reported scammers ordered him/her to send cash, which unfortunately the person did.

Sheriff Smith wants everyone to know the St. Tammany Parish Sheriff’s Office, and any other law enforcement agency, will never call anyone and threaten them with facing criminal sanctions or jail if they do not send money. In the recent case, the victim had already sent $118,000 through a shipping company to multiple addresses across the United States. Deputies responded to this victim’s residence this week, after the victim already sent the previous seven packages of money over a three-week period, due to an eighth request. Fortunately, this time the deputies acted quickly and responded to the local shipping office and were able to retrieve the package containing $28,600 and safely returning it to the victim.

These types of scammers usually target elderly people. In the scam described above, the individuals identified themselves with the Social Security Administration, which obviously they were not.

If you receive a telephone call and you suspect it is a scam do not do anything until you verify the source. Search online for a valid contact number for that agency, then call and speak to a representative, other than the one who called you. A large number of these scams are from other countries, making it often impossible to solve these crimes, so we want to provide you with this information to stop anyone else from becoming a victim.

“The deputies and detectives of the STPSO will do all they can, along with our federal partners, to solve financial crimes committed against our wonderful citizens. We care about the citizens of this great parish and when they are victimized, we take it very serious,” Sheriff Randy Smith said. “I applaud the fast actions of the deputies who prevent the victim from losing an additional $28,600, but unfortunately the victim had already lost a lot of money. I hope by providing this information to the public I am able to prevent more citizens from falling victim to similar scams in the future.”