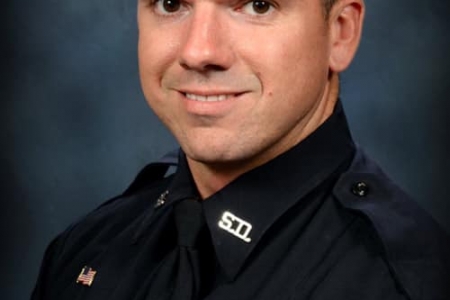 Sheriff Randy Smith wishes to thank the local community as well as our “blue family” far and wide for the outpouring of support and care following the tragic death of Corporal Jonathan Panks.

Cpl. Panks, a member of the STPSO Special Operations Division, was driving back to Louisiana Sunday afternoon (August 4), following his bachelor party in Florida, when a driver on Interstate 10 in Mississippi crossed the median and struck Panks' truck head-on, killing him and injuring his three passengers. One of those passengers was Cpl. Panks’ brother.

Cpl. Panks joined St. Tammany Parish Sheriff’s Office in 2006. He started as a jail guard then went on to criminal patrol. He was part of the SWAT team and Marine Division.

Panks was recently promoted to corporal and in 2018 was named “Deputy of the Quarter.”

“All of us who are members of the St. Tammany Parish Sheriff’s Office are heavy-hearted as we mourn the loss of our friend and colleague,” Sheriff Smith said. “Jonathan was much more than a dedicated deputy who served our community with pride and professionalism. He was a good-hearted, can-do spirited friend who loved the law and cared deeply for the people and parish he served. Jonathan was looking forward to his wedding this fall, and my heart is heavy for his fiancée, family, close friends and colleagues. I pray for God to bless Jonathan and his loved ones.”

"Cpl. Panks was a good deputy and well liked not only by the men and women at the Sheriff's Office, but also by the public he served," Sheriff Smith said. "He was always the one you could go to and the job would get done."

Sheriff Randy Smith has been working this week with the Panks family and Honaker Funeral Home to finalize the arrangements.

Visitation for Cpl. Panks will be held Friday, August 16 from 9 a.m. to noon at the Northshore Harbor Center in Slidell. Services will immediately follow. The public is invited.

Since the announcement of Cpl. Panks’ untimely and tragic death, the STPSO has received letters, notes and calls from members of our local community, as well as from members of our blue family from around the country, asking for ways they can help the Panks family during this tragic time.

Friends have set up a GoFundMe page (https://www.gofundme.com/f/panks-family-recovery-fund) for the family. In addition to this GoFundMe account, checks written out to the St. Tammany Deputy Sheriff's Association with "Panks Family" written in the memo line, can be dropped off at any STPSO location and will be forwarded to the family.

“We cannot thank the community enough for the outpouring of support and prayers during this difficult time,” Sheriff Smith said.