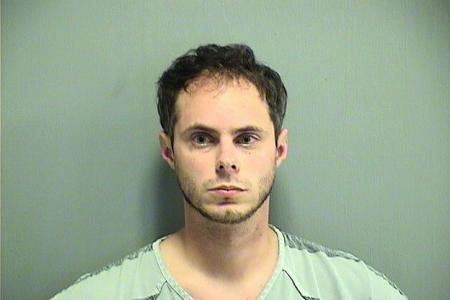 A Mississippi man has been arrested for stealing more than $4,000 from a scholarship fund set up to honor a local girl who died in an automobile crash.

After a four-day search last March the body of Northshore High School graduate and University of New Orleans student Haley Howard was located when her submerged vehicle was pulled from the Irish Bayou on the edge of Lake Pontchartrain.

Following her death, Howard’s friends and family established a scholarship fund in her memory and a fundraising run/walk was held April 6 to benefit that fund.

Jonathan Lee Holcomb, manager of a sporting goods store in Slidell, was instrumental in setting up that event.

Upon completion of the event, the funds raised through the run/walk were brought to the Whitney Bank located at 2250 Gause Blvd, Slidell, where an account had been opened titled “Hayley Howard Scholarship Fund Account.”

When organizers of the scholarship fund checked the account in June 2014 it was discovered that a combined amount of $4,340.17 had been removed from the account, without the knowledge or permission of the other members.

An investigation into the missing funds revealed Holcomb had withdrawn the money from the account by way of checks, cash withdrawals and electronic transfers. Some of the electronic transfers were made to Holcomb’s own personal bank account from the “Hayley Howard Scholarship Fund” account, where the funds were then withdrawn as cash by Holcomb himself.

Holcomb admitted to the theft, and an arrest warrant was obtained.