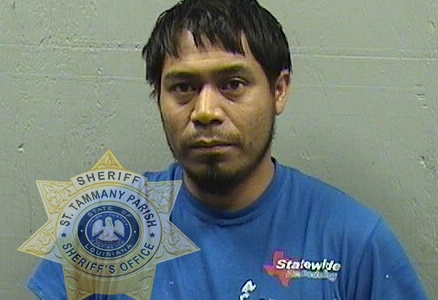 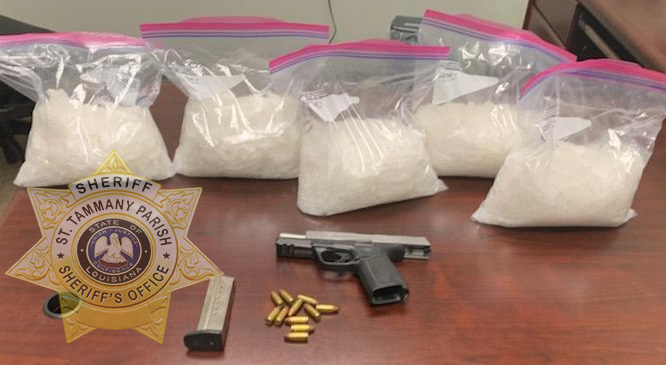 The St. Tammany Parish Sheriff’s Office seized approximately 10.8 pounds of suspected methamphetamine and a firearm during a traffic stop that occurred near Mandeville over the weekend.

At approximately 1:30 a.m. Saturday morning, members of the St. Tammany Parish Sheriff’s Office Highway Enforcement Unit conducted a traffic stop on a pickup truck at the intersection of Highway 1088 and Viola Street in Mandeville after observing the driver commit a traffic violation.

The driver of the vehicle, Martin Alameda Pineda (DOB 7-19-84), did not possess a valid driver's license, and he told deputies he was traveling from Houston to Baton Rouge, despite being approximately 75 miles past his stated destination.

Pineda claimed to be on his way to his hotel after disseminating business cards for his construction business, but deputies found this to be odd since it was 1:30 in the morning and there we no hotels in the area.

As part of the investigation, which was conducted in conjunction with the STPSO Narcotics Unit and Homeland Security Investigations, a consensual search of Pineda’s vehicle and belongings was conducted.

During that search, deputies located approximately 10.8 pounds of suspected methamphetamine in bags on the floorboard of the backseat and a 9-millimeter pistol under the center console.

Pineda was placed under arrest and booked into the St. Tammany Parish Jail on the following charges: