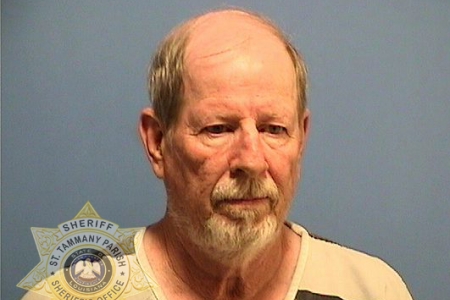 In early March, the St. Tammany Parish Sheriff’s Office was contacted by an out-of-state family member who was concerned Michael Bush Sr. was potentially “grooming” some of his under-age guitar students. The family member told detectives they were especially concerned because 20 years ago they had found images of child pornography on a laptop owned by Bush.

As part of a joint investigation with the Louisiana Bureau of Investigations, STPSO detectives obtained a search warrant for Bush’s Mandeville-area residence. On, May 29, a search of the home was conducted and electronic devices were confiscated. Marijuana and drug paraphernalia were also located in the home during the search.

Upon examination, detectives located three images of child pornography on the electronics collected at the residence, and warrants were obtained for Bush’s arrest on three counts of L.R.S. 14:81.1 Pornography Involving Juveniles and one count each of L.R.S. 40:966C Possession of Schedule I CDS (marijuana) and L.R.S. 40:1023 Possession of Drug Paraphernalia.

On Tuesday (June 16), Bush was located and taken into custody. He was booked into the St. Tammany Parish Jail.

This is an ongoing investigation and no additional information will be provided at this time.