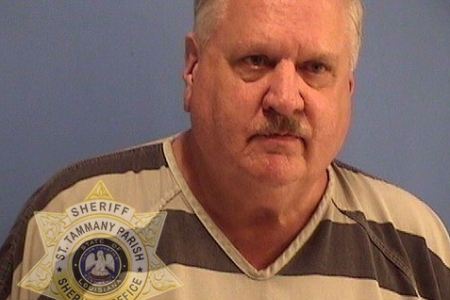 The St. Tammany Parish Sheriff’s Office has arrested a Mandeville-area man after he exposed himself while watching women in the Covington area.

On Tuesday (Feb. 6) STPSO deputies responded to a report from a female who stated she was stopped at a traffic light at Hwy 190 and Holiday Blvd., when a silver Hyundai Santa Fe pulled up beside her with a single male occupant.

She was able to provide the license plate number of the vehicle, and deputies located the vehicle and conducted a traffic stop.

The driver, Craig Nolinske (DOB 9/10/1954; 828 Shadow Oak Lane, Mandeville) stated his pants were open and his hand was in his underwear but stated he was only adjusting his underwear.

Nolinske was arrested and booked into the St. Tammany Parish Jail on the charge of LRS 14:106 Obscenity.

This investigation is ongoing and additional charges are possible.
​