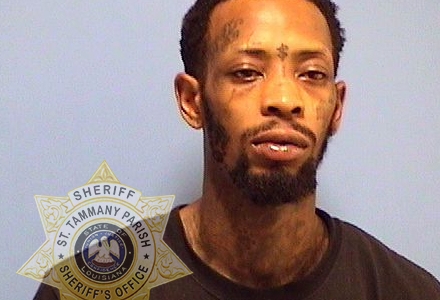 The St. Tammany Parish Sheriff’s Office has issued warrants for the arrest of a man after he fired upon a Slidell-area residence on Thursday (May 28).

Following a verbal dispute via telephone, Payton travelled to the victim’s residence in the 100 block of West Queen Drive and fired upon the residence. The victim returned fire. Juveniles were present at the residence at the time; However, no one was injured.

Payton is described as a black male, approximately six foot, two inches tall and approximately 170 pounds. He has several tattoos on his facial area. The photo provided is from a previous arrest and his hair and facial hair may have changed.

Anyone with information about Payton’s whereabouts is asked to contact the St. Tammany Parish Sheriff’s Office by calling (985) 898-2338 or 911.