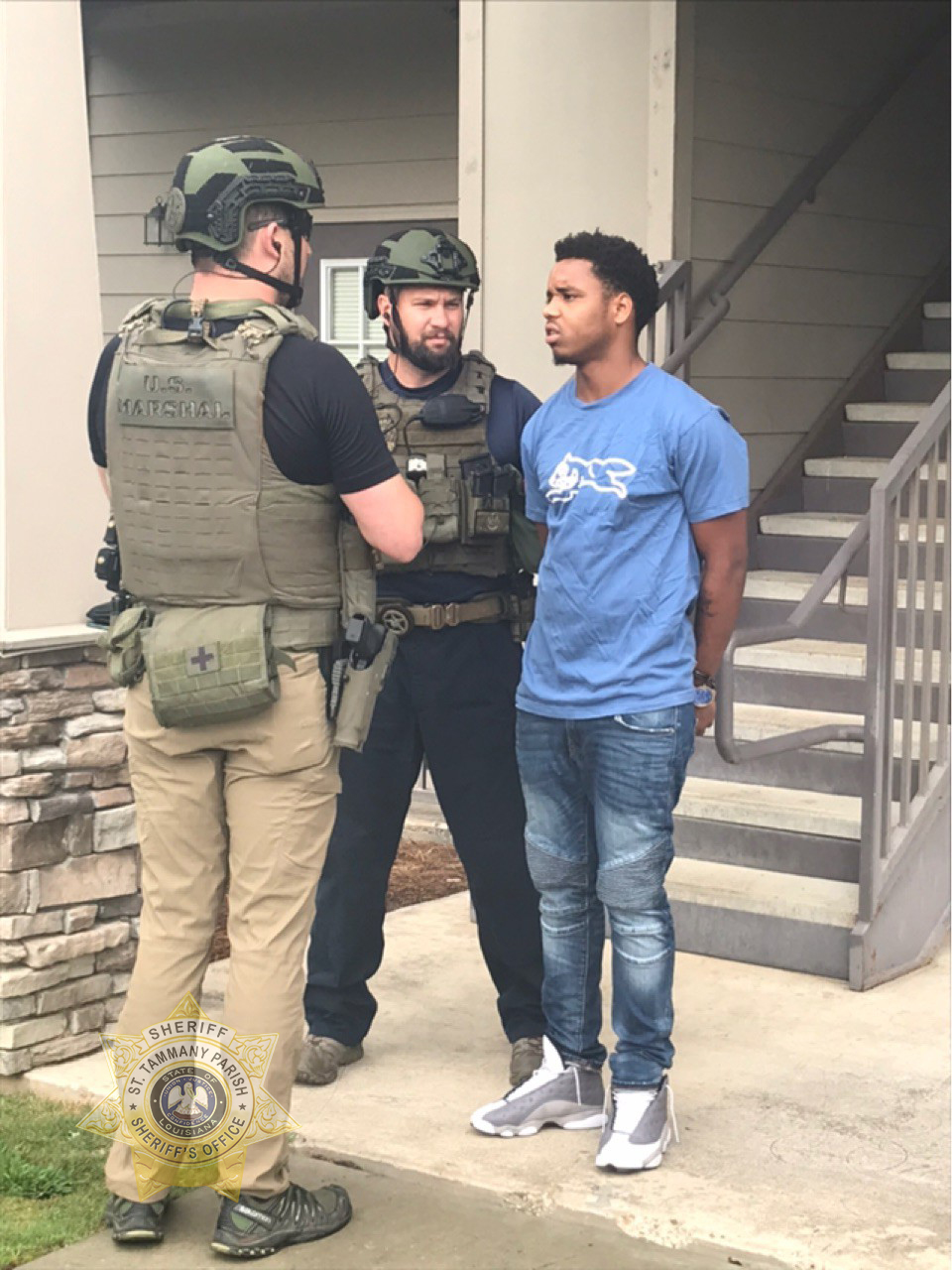 A St. Tammany Parish Sheriff’s Office detective, who is assigned to the U.S. Marshal’s Fugitive Apprehension Task Force, assisted Wednesday afternoon (June 5) in the apprehension of a man wanted in connection with a murder that occurred during a robbery in New Orleans.

Members of the Task Force made contact with Alonzo at a Covington-area apartment complex at approximately 1:45 p.m. Wednesday. He was taken into custody without incident and booked into the St. Tammany Parish Jail as a fugitive.