Man Posing as ‘Good Samaritan’ Arrested for Tampering with Tire 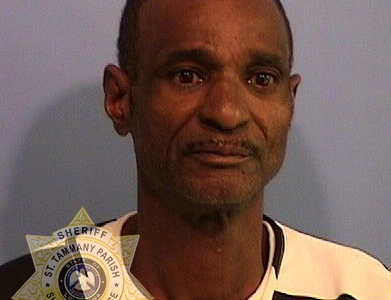 The St. Tammany Parish Sheriff’s Office has arrested a Madisonville-area man for purposely flattening a woman’s tire outside of a store on Louisiana Highway 22.

Melvin Magee, (DOB 11/5/1964), pretended to be a good Samaritan, offering to help the woman after she exited the Madisonville-area business on Aug. 30 and found one of her tires going flat.

The woman was suspicious of the man’s intentions and instead of accepting his offer to help, she called the Sheriff’s Office.

Further investigation into the matter led detectives to discover that Magee had tampered with the tire prior to the victim exiting the business. They believe Magee caused the tire to go flat in an effort to obtain payment for fixing the tire.

On Sept. 2, the Sheriff’s Office posted a BOLO (be on the look-out) on social media requesting information related to the crime and other possible victims. Thanks to information received from witnesses following this BOLO, detectives were able obtain a warrant for Magee’s arrest.

On Wednesday, Sept. 5, Magee was picked up at his residence and was booked into the St. Tammany Parish Jail for one count of L.R.S. 14:56B(1) Simple Criminal Damage Less Than $1,000.

Detectives believe Magee may have scammed or attempted to scam other individuals using the same flat tire/good Samaritan tactic. If you believe you may have been a victim of Magee’s actions or have information about this crime, call Det. Foltmer at (985) 276-1330.