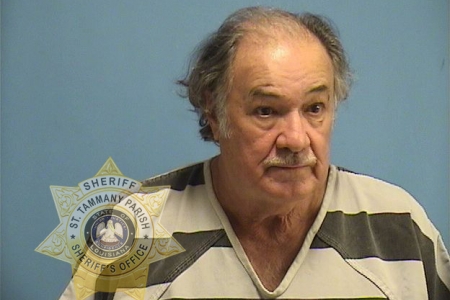 A Slidell-area man was arrested Friday (January 8) on sexual battery charges after it was discovered he victimized his elderly neighbor on at least three occasions.

Deputies with the St. Tammany Parish Sheriff’s Office were dispatched to a Slidell area residence on Monday (January 4) in reference to a report of an 88-year-old woman with advanced Alzheimer's and dementia, who may have been sexually assaulted by one of her neighbors.

The incident was reported by the victim’s home health care nurse to a family member, who in turn reported it to the Sheriff’s Office.

Pichon admitted to victimizing the woman on at least three separate occasions and acknowledged he knew the act to be wrong due to her diminished mental state.  He was booked into the St. Tammany Parish Jail.