Man Arrested for Aggravated Burglary After Incident at Slidell-area Motel 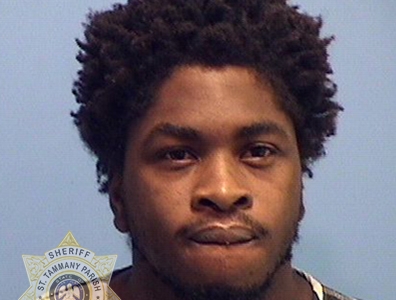 A man was arrested Sunday (Jan. 6) after he robbed and battered his ex-girlfriend in a Slidell-area motel room before fleeing from authorities.

St. Tammany Parish Sheriff’s deputies were dispatched to a motel on Yaupon Drive in Slidell shortly before 1 p.m. Sunday after a female occupant reported her ex-boyfriend, Kevin Martin (DOB 12/9/1996), had forced his way into her room, battered her and stole her wallet, which contained an undisclosed amount of cash. She told deputies Martin took her wallet, then exited the motel room and ran toward a nearby shopping area.

With the assistance of a Slidell Police Department officer, who was working nearby security detail, STPSO deputies were able to locate Martin at one of the nearby businesses and he was taken into custody. While deputies were attempting to place Martin into custody, he resisted deputies and was subsequently charged accordingly.

The stolen cash was located in the pocket of Martin’s jacket and was returned to the victim.

Martin was arrested and booked in to the St. Tammany Parish Jail on the following charges: