Man Arrested After Running Through Yards in Covington-area Neighborhood 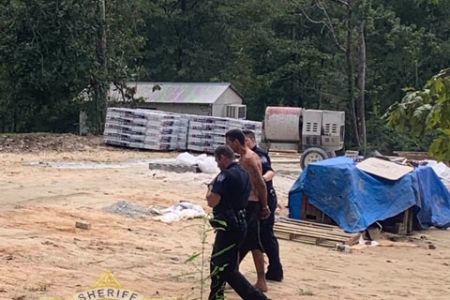 A man has been arrested following an exciting morning in a Covington-area neighborhood.

Shortly after 9 a.m. Saturday morning (August 24), a resident in Tchefuncta Estates called the St. Tammany Parish Sheriff’s Office after finding a suspicious man in his backyard. The resident had given chase but had lost sight of the man after he fled into another backyard.

While deputies were en route to that call, several more calls came into 911 in reference to a man running through backyards in Tchefuncta Estates.

The man was dressed in only a pair of shorts, was barefoot and appeared to be acting erratically. One resident reported he observed the man using his hose to take a shower.

Deputies received similar calls about a suspicious man matching the same description entering yards in Tchefuncta Estates on Thursday (August 22), but were unable to locate him at that time.

Neighbors assisted while deputies chased the man through the neighborhood for approximately an hour Saturday morning, before he finally  gave up after being confronted by a neighbor as he exited the woods near a residential construction site.