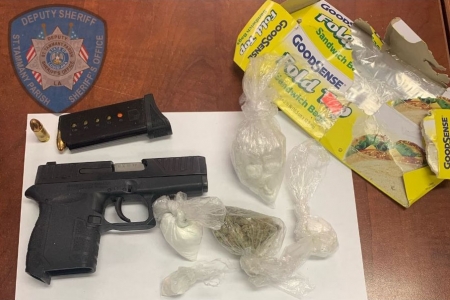 A New Orleans man was arrested Friday (February 25) morning after drugs were found in his vehicle during a traffic stop near Bush.

While out with the driver, Preston Carter (DOB 5/15/88) of New Orleans, the deputy detected the odor of marijuana.

A subsequent search of the vehicle located 5 grams of marijuana, 31.4 grams of cocaine, 3.7 grams of crack cocaine and a 9mm handgun.

“I commend this patrol deputy, whose alertness and training prompted him to detect the presence of narcotics during a traffic stop. His actions resulted in preventing these drugs from ending up on our streets,” Sheriff Randy Smith said.