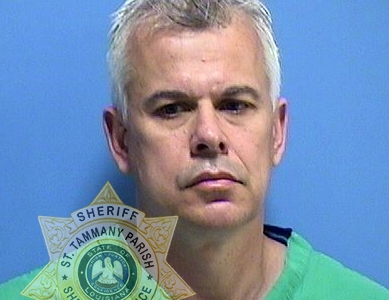 The St. Tammany Parish Sheriff’s Office has arrested a Lacombe man following a death that occurred at his residence earlier this year.

Shortly before noon on Oct. 7, St. Tammany Parish Sheriff’s deputies responded to a 911 call in reference to a medical emergency at a residence on Lake Road in Lacombe.  Emergency Medical personnel also responded to the residence and attempted to revive an unresponsive white female, later identified as Jennifer DeBlonde Jacob, but were unsuccessful.

On Oct. 8, the St. Tammany Parish Coroner’s Office performed an autopsy on the body of Jennifer DeBlonde Jacob. A ruling on cause and manner of death was deferred at that time, pending the results of toxicology.  Those results, which were made known to the Sheriff’s Office in late November, showed traces of narcotics in the deceased’s system at the time of her death.

During the course of the investigation, a search warrant was obtained for John Jacob Jenkins’ residence, which yielded the seizure of several items of evidentiary value.  Among those items were electronic devices containing pornographic images of human beings engaging in sexual contact with animals.

On December 3, the STP Coroner’s Office ruled the cause of death of Jennifer DeBlonde Jacob as Poly-Substance Drug Toxicity and the manner of death as homicide, and a warrant was issued for the arrest of John Jacob Jenkins.

This is an active and ongoing investigation and no additional information is available at this time.