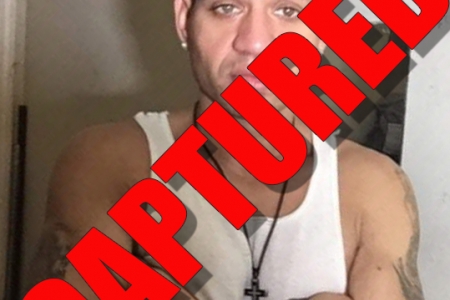 With assistance from the public, the  St. Tammany Parish Sheriff’s Office has located and arrested Lee Cousin (DOB 7/10/1984). Cousin was taken into custody, without incident inside of a Slidell-area business located near Hwy.190 and Thompson Road.

Cousin will be booked into the St. Tammany Parish Jail on the following charge:

The investigation remains ongoing, and no additional information is available at this time.

The St. Tammany Parish Sheriff’s Office is asking for the public’s help in locating a man wanted in connection with a sexual abuse case involving a juvenile.

In early February, the St. Tammany Parish Sheriff’s Office initiated an investigation into a 12-year-old female juvenile being sexually abused while at a Lacombe-area residence.

After gathering sufficient evidence to establish probable cause, a warrant was issued on February 18 for the arrest of Lee Cousin (DOB 7/10/1984) for the charge of L.R.S 14:42 First Degree Rape (Felony).

On February 19, deputies attempted to locate Cousin, who is known to frequent residences in the 28000 block of Sandy Road and the 27000 block of Pichon Road in Lacombe, but were unsuccessful.

Cousin is described as a light-skinned black male, 5’7” tall and approximately 170 pounds.  He has hazel eyes and black hair. Cousin also has tattoos on both arms. He is believed to be under the influence of narcotics and is likely still in the Lacombe area.