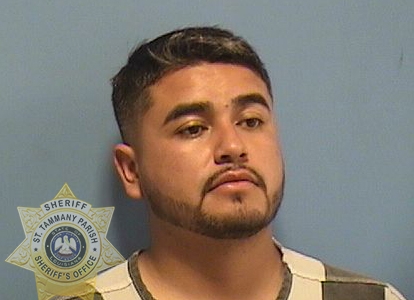 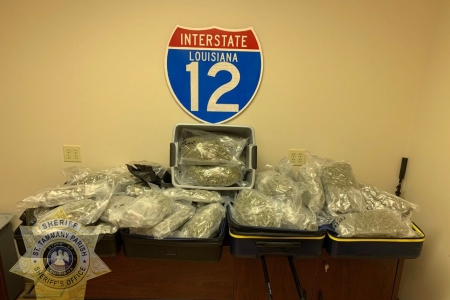 A traffic stop on Interstate 12 yielded a large quantity of marijuana and cash Sunday (November 14) night.

At Approximately 9 p.m. Sunday, a deputy with the St. Tammany Parish Sheriff’s Highway Enforcement Unit conducted a traffic stop on a red 2015 Chevrolet Silverado with a Texas license plate, on Interstate 12 Eastbound just west of the Highway 1088 exit.

The driver and sole occupant of the truck, Jorge Valeriano (DOB 12-27-1990) of Ceres, Calif., told the deputy he was traveling from Gatesville, Texas, to Birmingham, Ala., to find a job as an ironworker.  However, a consensual search of the vehicle uncovered 46 vacuum sealed bags containing approximately 51 pounds of suspected marijuana concealed inside of two suitcases and one plastic container within the bed of the truck.

Valeriano was also found to be in possession of $1,457 believed to be proceeds of illegal narcotics transactions.

“Too often criminals attempt to use our local highways and interstates as passageways to transport illegal drugs,” Sheriff Randy Smith said. “We will not tolerate individuals bringing drugs into our community. If you are found to be transporting drugs into or through St. Tammany Parish, you will be arrested.”