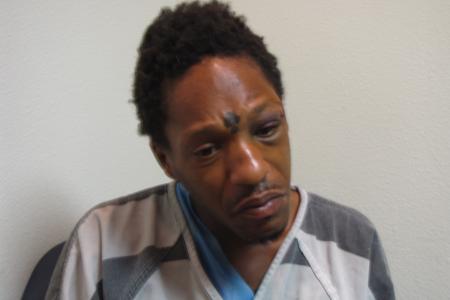 Dubbed the “Spiderman Burglar” on social media sites by authorities there, Green, was wanted by Hammond Police for climbing onto rooftops and burglarizing Tangipahoa Parish businesses.

When he saw the deputies in the area, Green took off on foot. Narcotics deputies were assisted by K-9 deputies, patrol deputies and members of the Street Crimes Division as they pursued Green through the Abita Nursery Subdivision and other nearby neighborhoods. At one point, Green broke into a local church trying to find a place to hide.

He was located by K-9 Deputy Thor naked and hiding in a bus near Claiborne Hill.

While trying to elude capture, Green entered the swift moving currents of the Bogue Falaya River, dragging one of the St. Tammany Parish Sheriff’s Office K-9 deputies with him.

Green then attempted to drown  K-9 Thor by pushing it under the water’s surface, forcing the K-9 to release its grip. When a deputy jumped in the water to assist in the capture, Green pulled him under the water as well.

Eventually the deputy was able to surface and get handcuffs on a still-naked Green. The deputy pulled Green from the river, and he was taken to a nearby hospital and treated for injuries his sustained during the pursuit and the struggle in the river. He was then transported to the St. Tammany Parish Jail where he was booked as a fugitive from Hammond Police as well as on the following charges:

32:57.1 Failure to Appear for Possession of Schedule I CDS

62:6 Burglary of a Religious Building