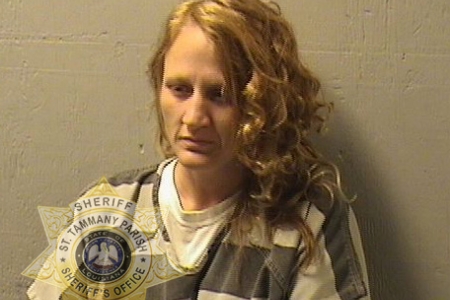 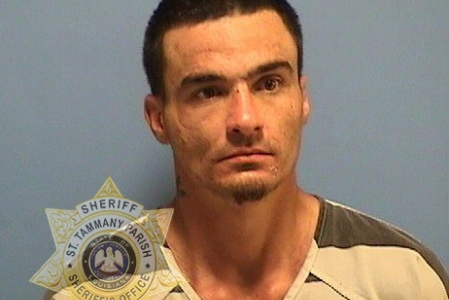 The St. Tammany Parish Sheriff’s Office has arrested a Folsom-area couple after they burglarized a local church.

On October 4, the pastor of a small rural church on Hay Hollow Road near Folsom contacted the St. Tammany Parish Sheriff’s Office to report the church building had been burglarized sometime during the previous week, and someone had stolen several pieces of music equipment.

During the investigations, STPSO detectives learned a similar church burglary had occurred just across the parish line in Tangipahoa Parish.  Detective were able to obtain video surveillance footage from that burglary and evidence from the burglary in Folsom to identify Coty Rainey and Krystal Sheppard-Pierre as suspects in both crimes.

The investigation further uncovered that Rainey had sold some of the stolen items at a local pawn shop.

On October 6, when Rainey returned to the pawn shop to sell more of the items, detectives were alerted, and both Rainey and Sheppard-Pierre were taken into custody.

Rainey was also booked on one count of CCRP.21 Contempt of Court and two counts of CCRP.345 Surrender of Bond.

Krystal Shepard-Pierre (DOB 10/24/86) was arrested and booked into the St. Tammany Parish Jail on one count of L.R.S. 14:62 Simple Burglary.

They were both also booked as fugitives out of Tangipahoa Parish.

“It is very sad that these two individual saw it fit to steal from a house of worship,” Sheriff Randy Smith said. “I am proud of our deputies for working to get quick arrests, clearing not only our case but also a case from a neighboring jurisdiction.”