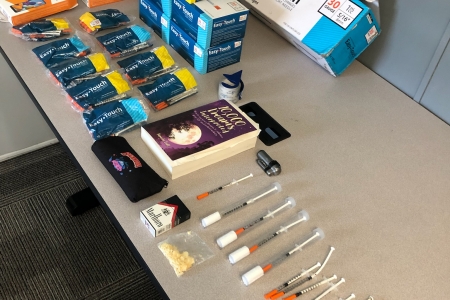 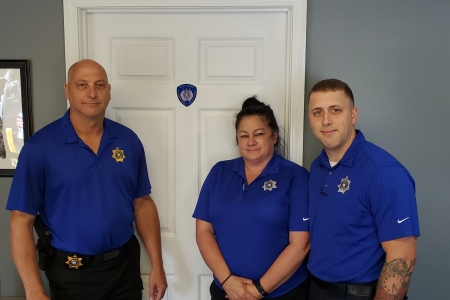 An approximate month-long investigation by St. Tammany Parish Sheriff’s Office Jail Investigators has resulted in the arrest of two people.

Kayla Ann Leary (W/F 05/28/1988), was arrested for attempting to smuggle drugs into the parish jail through the facility’s mailroom. The investigation also culminated in the arrest of an inmate, Kevin Corr (W/M 06/23/1995), who conspired with Leary to introduce the narcotics into the penal institution.

Both subjects were charged with Introducing Contraband into a Penal Institution and Criminal Conspiracy.

On August 11, investigators intercepted suspicious packages from Leary to an unnamed inmate inside the parish jail. Through monitoring the jail’s telephone system, investigators discovered Leary and Corr conspired to have several packages sent to an unknowing inmate in the same housing dorm as Corr. Once the packages were delivered, Corr was to intercept the one containing the illegal narcotics.

During this time, Leary was also being sought for questioning, in reference to a property crime, by St. Tammany Parish Property Crime Investigators. With the help of the public on social media, Leary was identified as a person of interest. Investigators then attempted to locate Leary, but before they could locate her she arrived at the 4th District Station on Monday, September 13th for questioning.

However, Leary was then made aware of the arrest warrant for the incident at the jail. At that time, Leary requested if she could get something from her vehicle in the parking lot of the 4th District Station, which investigators agreed to. Once near her vehicle, Leary attempted to jump in it and close the door on the investigator. The investigator had to forcefully remove her from the vehicle, but not before Leary was able to burn the investigator on the arm with a lit cigarette.

Subsequent to her being transported to the parish jail, Leary’s vehicle was searched incidental to the arrest and investigators located over 300 syringes, some containing suspected unknown controlled dangerous substances, suspected marijuana, and numerous other items of drug paraphernalia.

Due to those actions, Leary was then charged with the additional charges:  Resisting a police officer with force or violence, Attempted Aggravated Escape, Battery of a Police Officer, and possession of drug paraphernalia.

Sheriff Smith commented that, “If you attempt to introduce any type of illegal substances into the parish jail, you will be appropriately charged and prosecuted. We have a team of experienced and well-trained investigators, who are diligently working daily to investigate crimes affecting the jail, and are doing a great job. Because of their excellent work, two people have been charged and drugs have been kept out of the jail. Let this be a reminder, if you bring drugs, or try to bring drugs into the jail, we will find you and you will be arrested. There is no reason for it and we will not tolerate it.”