Driver Fleeing from One Crash Causes Another 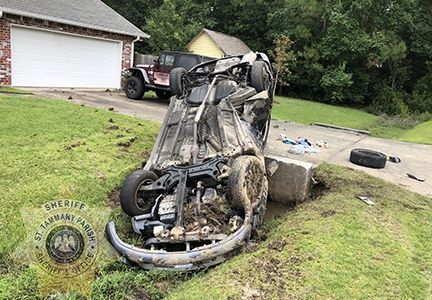 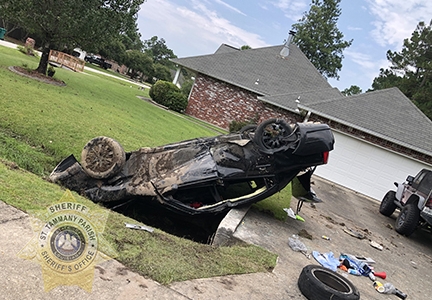 A Slidell man is facing hit-and-run charges after he fled from one crash as St. Tammany Parish Sheriff’s deputies were pulling up, and ultimately caused a second crash.

At approximately 12:30 p.m. Friday (Aug.6) two deputies with the STPSO Traffic Division were driving on U.S. Highway 190 when they observed two vehicles on the side of the roadway near Louis Prima Drive. One of the motorists appeared to be irate, and the two vehicles appeared to have just been involved in some sort of minor crash.

Fire District personnel were called to the scene to extricate the driver of the Mitsubishi, Griffin Batiste (DOB 8/8/2001), from the vehicle.  He was transported to a local area hospital, where he will be treated for the injuries he sustained in the crash.

Warrants will be issued for his arrest for Hit and Run, Aggravated Flight from and Officer, Obstruction of a Roadway and Reckless Operation. Additional charges are possible.