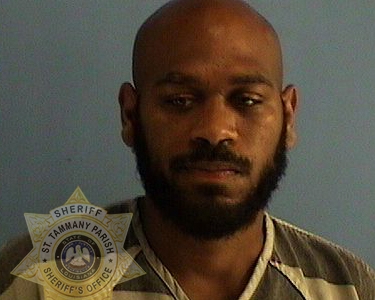 A domestic incident resulted in a stand-off with the St. Tammany Parish Sheriff’s SWAT team in a Slidell-area neighborhood Friday night ( July 13 ).

St. Tammany Parish Sheriff’s deputies arrived at a residence located in south Slidell shortly before 9:00 p.m. in reference to an altercation between a pregnant woman and her live-in boyfriend.

The woman reported that she was engaged in a verbal altercation with her boyfriend, Steven Cayou (DOB 12/23/1988), when the argument became physical.

She told deputies Cayou grabbed her and locked her outside of the house before locking himself inside.

Cayou sent several text messages threatening to take his own life and refused to exit the residence.

The STPSO SWAT team was dispatched to the scene shortly before 10:00 p.m.

Following several hours of negotiations, Cayou still refused to exit the residence. Deputies obtained a warrant for his arrest on-scene and the SWAT team made forced entry into the home.

Cayou was located on the second floor of the residence and was taken into custody without incident. He was transported to the St. Tammany Parish Jail, where he was booked on the following charges: