Thank you to everyone who called in tips and/or helped spread the word. Tyran Andrews has been located and is now in custody. 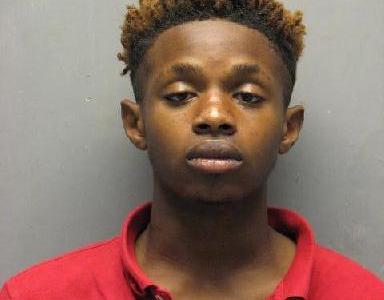 St. Tammany Parish Sheriff's detectives are looking for Tyran Andrews, a 17-year-old black male (DOB 02-05-1997).  Andrews is wanted in an armed robbery that occurred at approximately 4:30 p.m. on Dec. 17 outside a home in the Kingspoint area of Slidell. On Dec. 17, Andrews robbed three teenagers at gunpoint, taking their cellphones and other personal belongings. Martin Mustacchia has already been arrested for accessory to that crime. Andrews is known to frequent the Chalmette, Baton Rouge and New Orleans areas. Anyone with information about the whereabouts of Tyran Andrews is asked to call Detective Brian Williams at 985-898-2338.