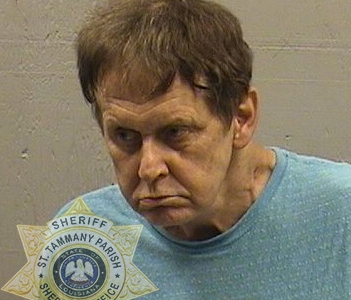 
Following the receipt of toxicology results, Charles Juncker (DOB 12/31/1952) of Covington was booked into the St. Tammany Parish Jail on February 11, 2020 on the following enhanced charges in connection with a fatal crash which occurred on November 25, 2019 (see attached press release):

The preliminary investigation by STPSO deputies revealed that a 2016 Hyundai Elantra was headed southbound on West Frontage Road when for unknown reasons, the driver failed to negotiate a curve and traveled into the northbound lane, striking a 2014 Ford Explorer.

The passenger of the Hyundai Elantra, a 91-year-old woman, was transported to a local hospital, where she succumbed to her injuries and died several hours later.

The driver of the Hyundai Elantra, Charles Juncker (DOB 12/31/1952), was issued a citation for L.R.S. 32:58 Careless Operation. Toxicology is pending and impairment is suspected to be a factor in the crash.

The remains of the deceased have been turned over to the St. Tammany Parish Coroner’s Office, who will provide identification and determination on cause and manner of death.

All occupants were properly restrained at the time of the crash, and both drivers were transported to a local area hospital with non-life threatening injuries.

The investigation is ongoing and no further information is available at this time.