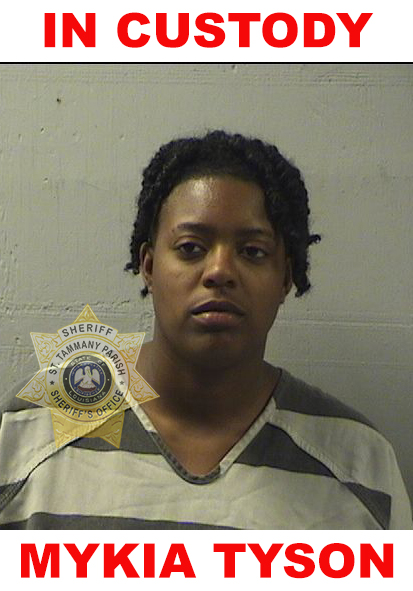 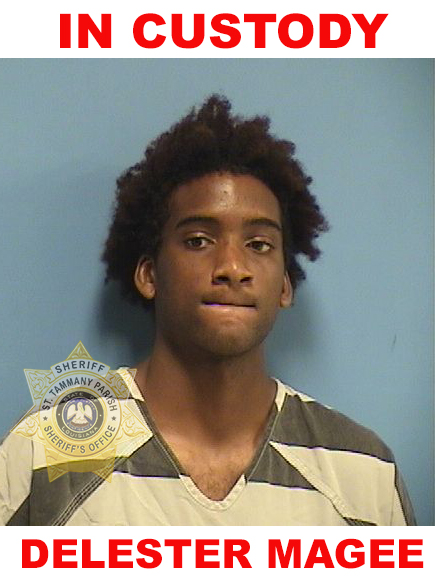 A Covington-area woman has been arrested for Solicitation for Murder after she solicited four teenagers to kill her former girlfriend’s new boyfriend in Lacombe earlier this month.

The St. Tammany Parish Sheriff Office arrested Mykia Tyson (DOB 2/27/2001) on June 10 on two counts of Aggravated Criminal Damage to Property and one count each of Possession of Marijuana and Contributing to the Delinquency of  Juveniles. She was booked into the St. Tammany Parish Jail. Pursuant to the investigation a charge for Solicitation for Murder was added on June 21.

On June 5, STPSO deputies were dispatched to a residence on Pine Acres Road in Lacombe after a homeowner called to report his home being struck by gunfire.

After an extensive and lengthy investigation, STPSO detectives learned Tyson had solicited Delester Magee (DOB 12/13/2002) of Abita Springs and three juveniles to kill an occupant of the residence, after she found out he was in a relationship with her former girlfriend.

On June 5, Tyson drove the four to the Pine Acres Road residence to commit the murder, but Magee decided at the last moment not to follow through with the initial plan and instead fired multiple rounds into the residence.

Magee was arrested on June 15 and booked into the St. Tammany Parish Jail on one count each of Aggravated Criminal Damage to Property, Contributing to the Delinquency of Juveniles and Criminal Conspiracy.

“Thankfully no one was hurt during this crime, but this could have very easily not been the case,” Sheriff Randy Smith said. “Gunfire is not the answer, and we will continue to take crimes like this very seriously in St. Tammany Parish.”