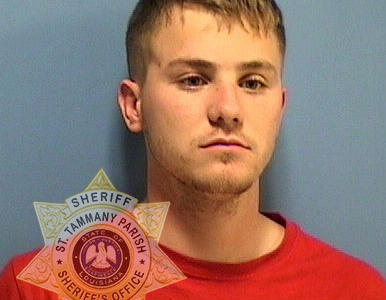 The St. Tammany Parish Sheriff’s Office has arrested a Covington-area man after he photographed/videoed men in local restrooms.

Kyle Hanna, 24, of Covington was arrested Tuesday (Oct. 15) on a warrant for one count of L.R.S. 14:283 Video Voyeurism after a medical professional contacted the St. Tammany Parish Sheriff’s Office concerning Hanna taking photos/videos of men using restrooms at St. Tammany-area businesses. It does not appear the men knew they were being photographed and Hanna told detectives he began taking the photos/videos, which he used for sexual gratification, in January 2019.

After obtaining a search warrant for Hanna’s phone, STPSO detectives learned that Hanna also took photos/videos of men in restrooms at locations in throughout Tangipahoa Parish and the Pineville, LA area. Law enforcement has been contacted in those jurisdictions.

Hanna was booked into the St. Tammany Parish Jail.

This is an on-going investigation and additional charges are possible.