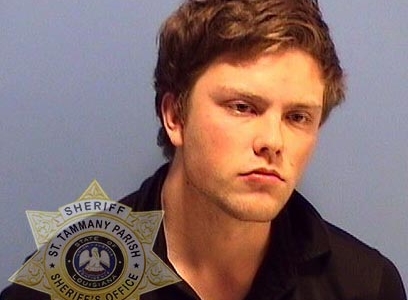 St. Tammany Parish Sheriff’s deputies arrested a Covington-area man Wednesday night (Aug. 7) after he stabbed his father in the chest.

Shortly after 11:30 p.m. Wednesday, STPSO deputies were dispatched to an apartment off Highway 190 near Covington in reference to a stabbing.

Deputies learned the victim, a 54-year-old Madisonville man, was involved in a verbal altercation with his son, Michael Prentice Jr. (DOB 8/7/1998), when the son armed himself with a large kitchen knife and stabbed his father in the chest.

The victim was transported to a local hospital by a family member.

Michael Prentice Jr. was taken into custody and booked into the St. Tammany Parish Jail one on count of L.R.S. 14:34.7 Aggravated Second Degree Battery.