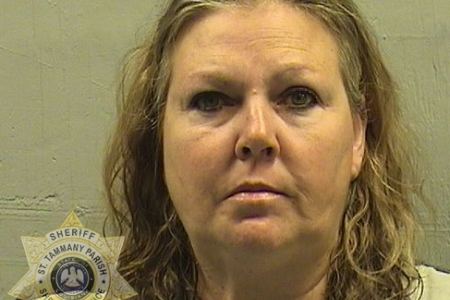 The St. Tammany Parish Sheriff’s Office arrested a Mandeville woman Wednesday (October 17) after it was discovered she had been mistreating a special needs adult that was in her care.

Donna Retif (DOB 1/3/1965), a personal care assistant, was hired to care for a 32-year-old female, who is non-verbal and suffers from a genetic disorder which causes developmental disabilities and neurological problems. She had worked for the family for the past four years caring for the victim in evenings on weekends.

Using this information, STPSO detectives obtained a warrant for Retif’s arrest on one count on L.R.S. 14:93.3 Cruelty to Persons with Infirmities.

Retif was taken into custody without incident Wednesday afternoon and was booked into the St. Tammany Parish Jail.