Arrests Made in Slidell-area Vehicle Burglaries 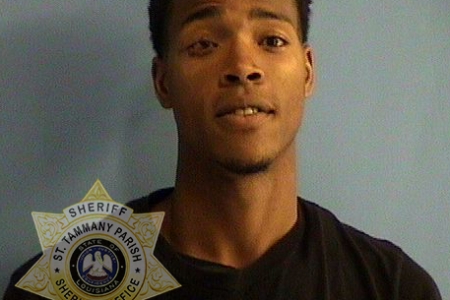 The St. Tammany Parish Sheriff’s Office has arrested two individuals responsible for a rash of vehicle burglaries that occurred in the Slidell area last month.

Between July 7 and July 11, 2018, an area of unincorporated Slidell was hit with a rash of vehicle burglaries, during which at least two firearms, a cell phone, electronics, and more than $1,000 in cash were stolen from unlocked vehicles.

On July 10, the STPSO posted a video on social media of two individuals attempting to conceal their identities while burglarizing a vehicle in the area of Bayou Liberty Gardens in Slidell.

Durgin was out on bond after being arrested for previous vehicle burglaries and was wearing an ankle monitor as part of his bond requirements when Slidell Police caught him and the juvenile burglarizing vehicles in Slidell on July 31.   While being questioned about vehicle burglaries inside the city limits of Slidell, the pair admitted to committing the burglaries that occurred outside city limits as well.

Please refer to the Slidell Police Department for the charges relative to cases that occurred inside city limits.